Tennessee Pink Marble, Shungite
18x9x6 in.
2022
The impetus for this sculpture came from my friend Patrick’s observation that the “Father and Child” duality is rarely represented in art.

As I often do, I allowed this idea to gestate in subconscious tranquility, knowing that eventually, in a sudden moment of artistic lucidity will emerge from my subconscious and transform into the realm of action.
It happened late one evening, as I was wrapping up work on another sculpture. The sudden vision had clarity: “Father and Child” would be made of multiple pieces of stone.
In a state of flow, I chose and arranged my materials. The original idea seeded an avalanche of thoughts, choices, and visions that quickly brought the sculpture into focus. This journey, accomplished with confident steps, rising excitement, and forward momentum was one of the best I’ve experienced.
In the end, “Father and Child” is composed of three pieces. Two interlocking marble blocks create the avatar of the father, a multifaceted being of rough and smooth surfaces who is both fierce and tender. At his center, he creates a gentle nest,  a safe space for his child, represented by a lustrous sphere of an exotic mineral.
The small child, a perfect world in herself, will luxuriate and thrive in this paternal oasis until she inevitably will grow out of it and will develop her own facets. When the time comes, she will become a safe harbor for her own children, returning the cycle back to “Mother and Child”. 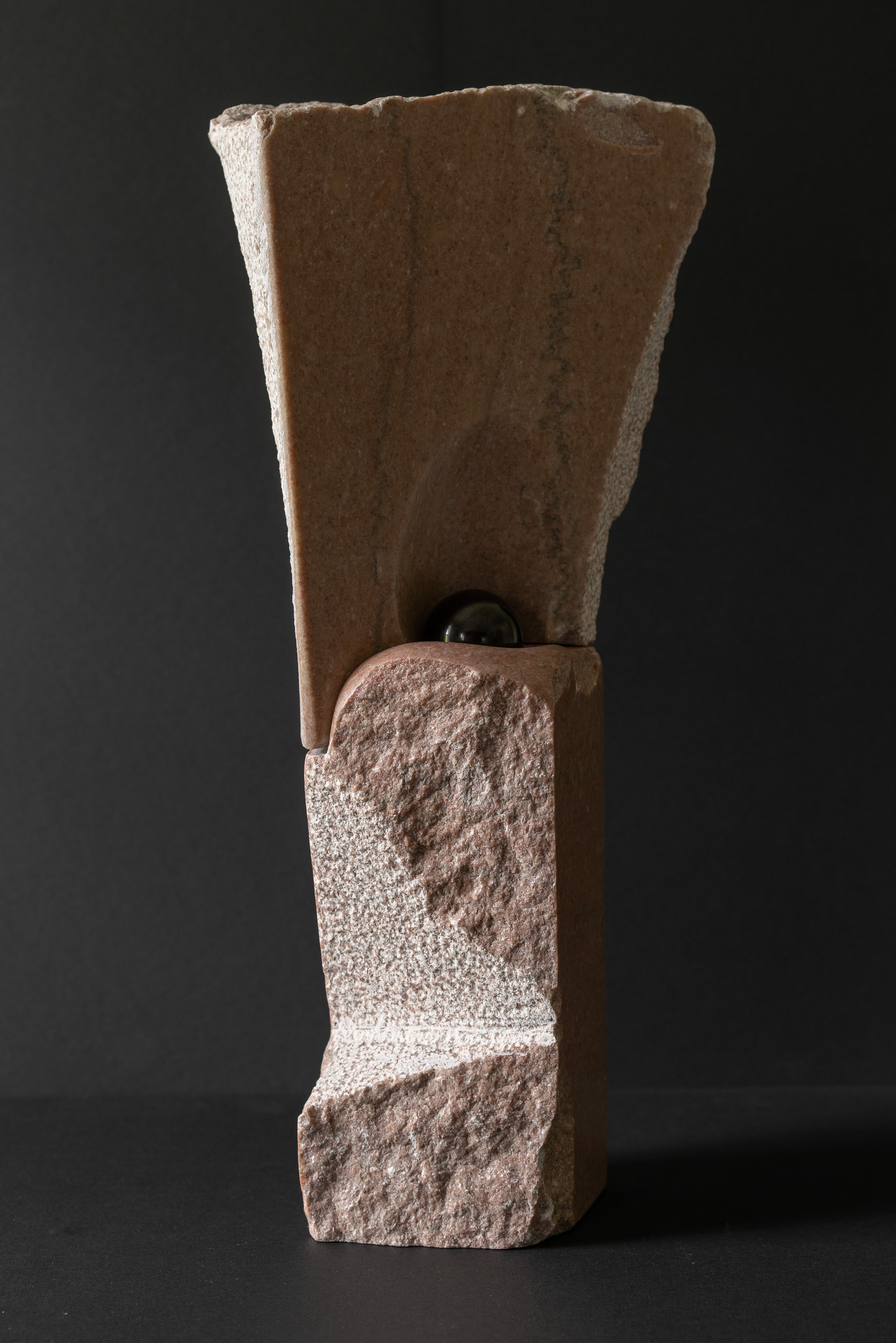 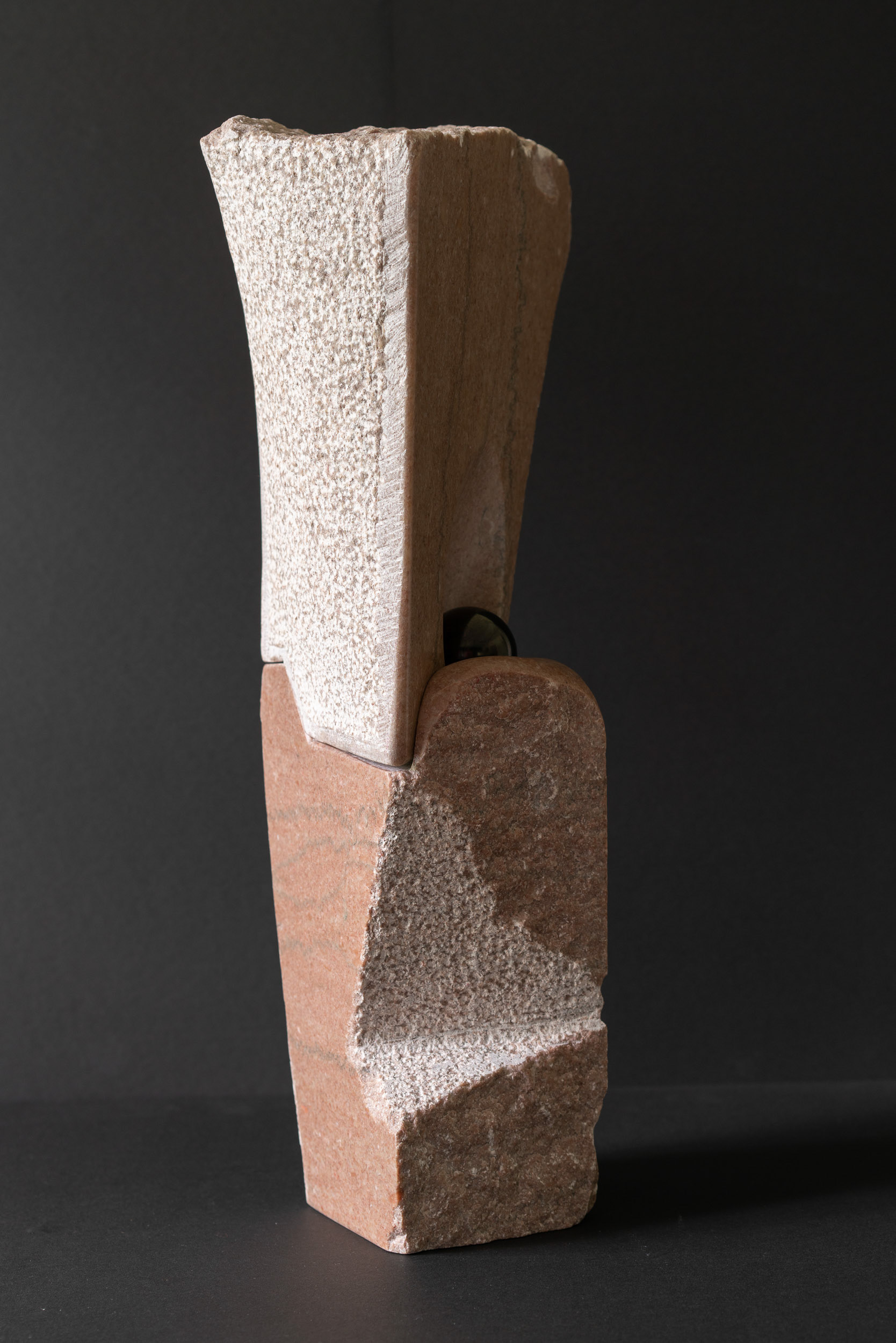 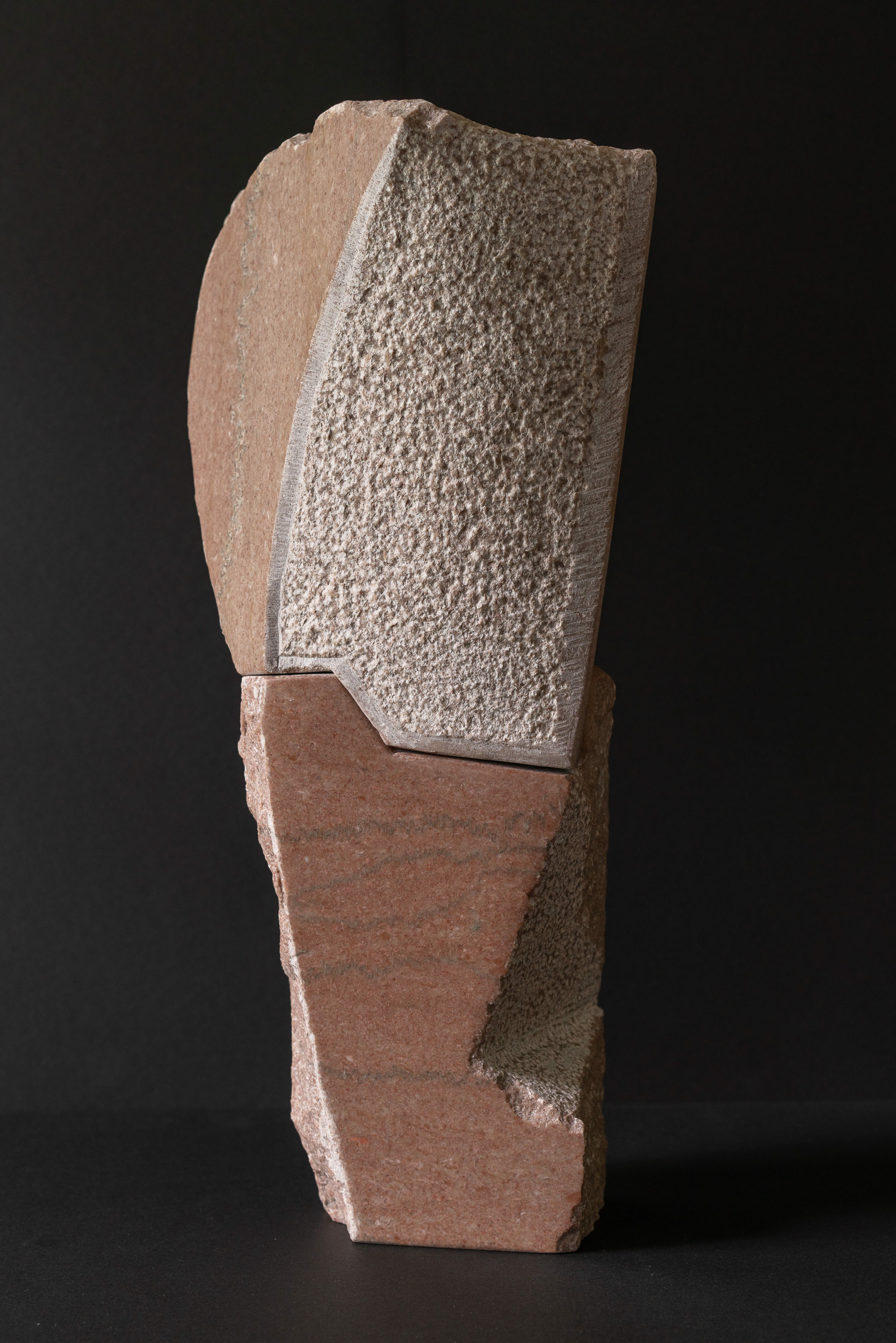 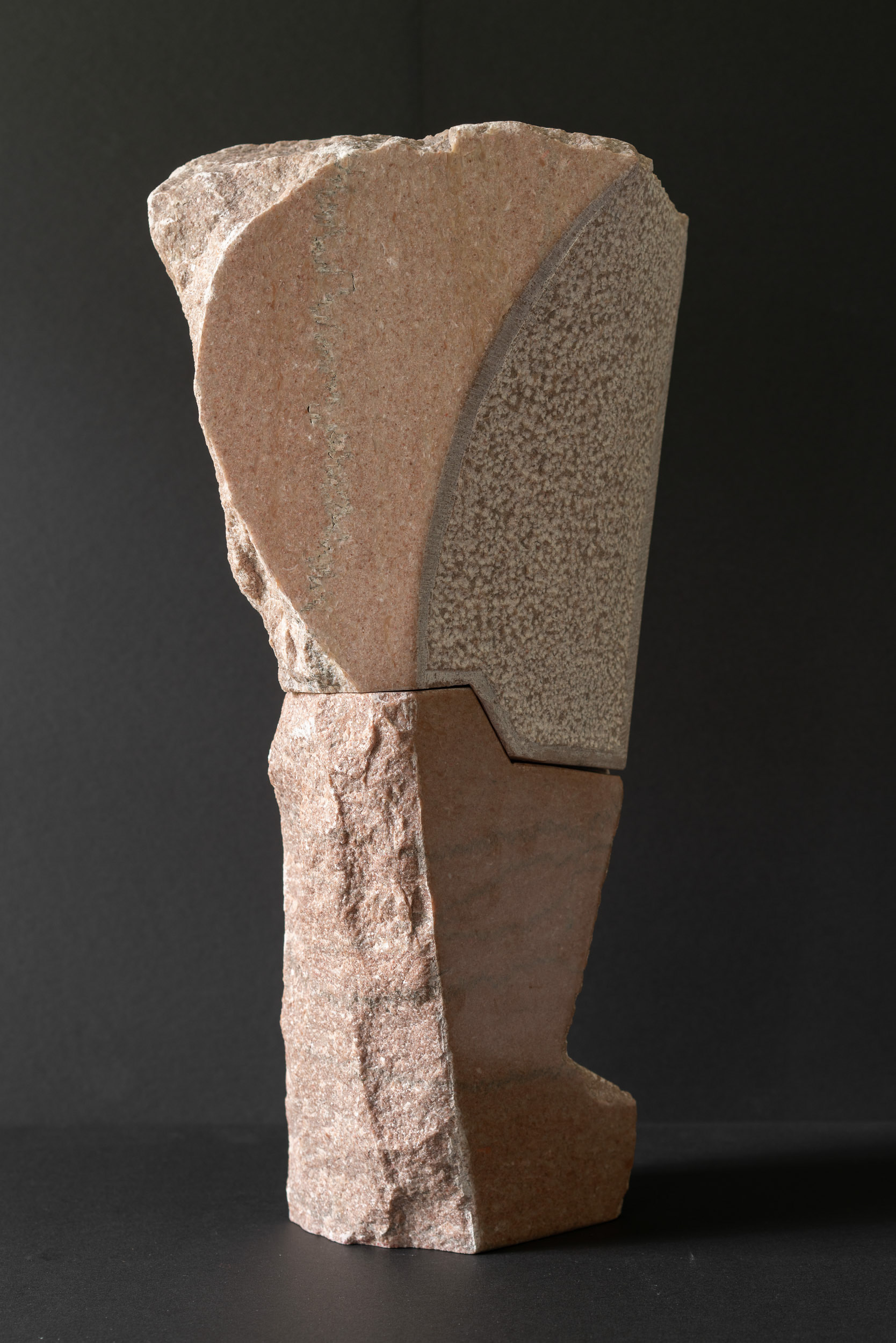 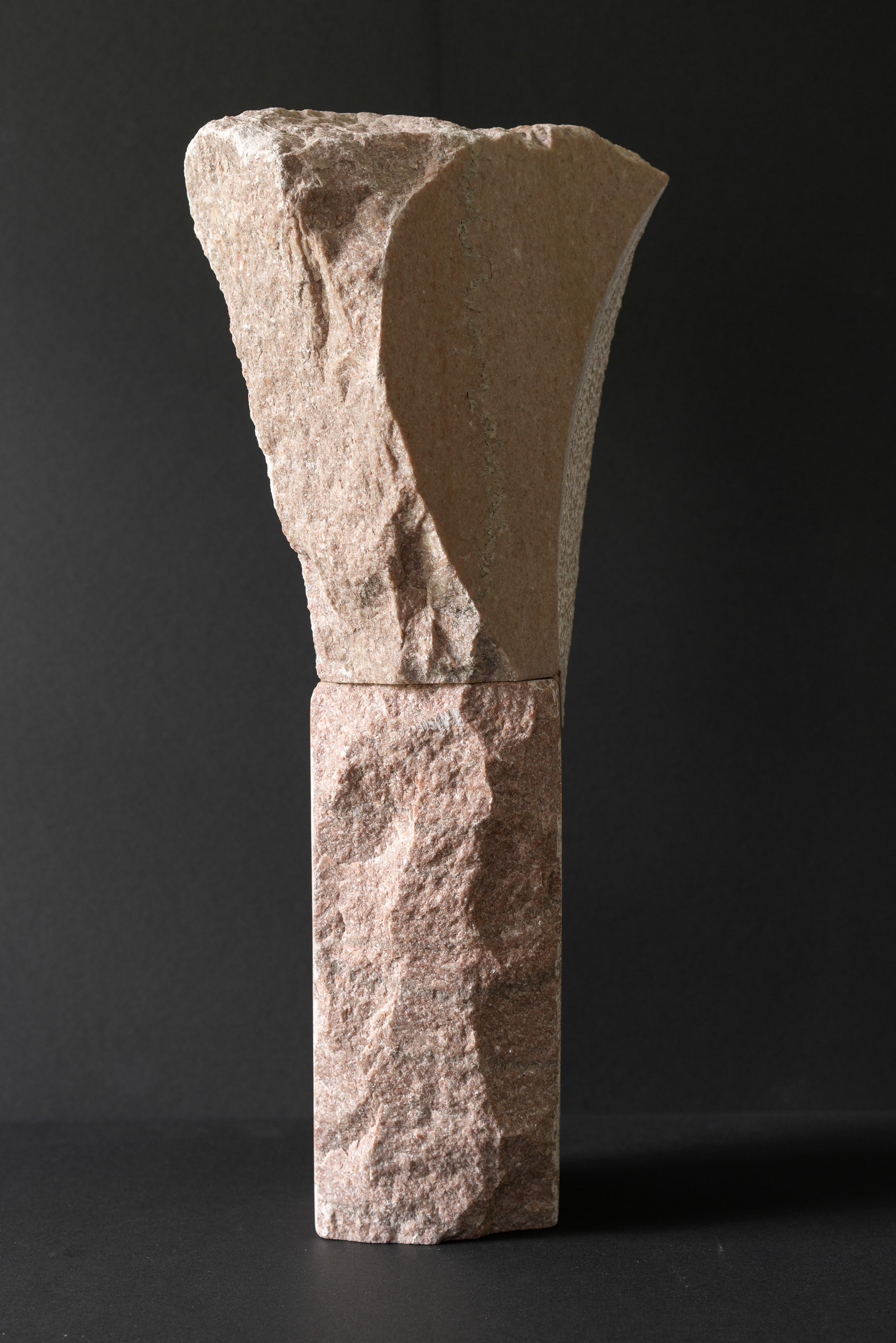 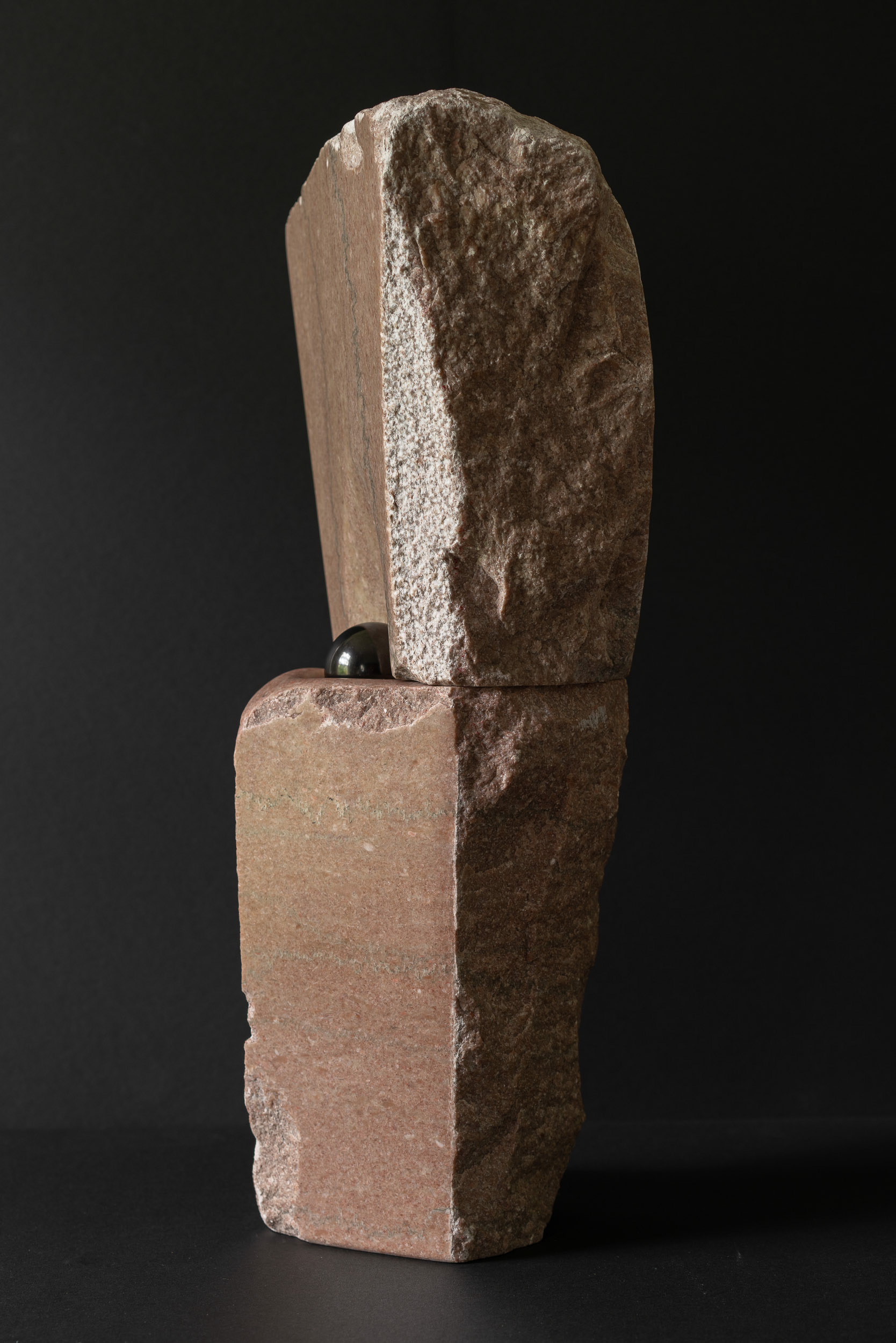 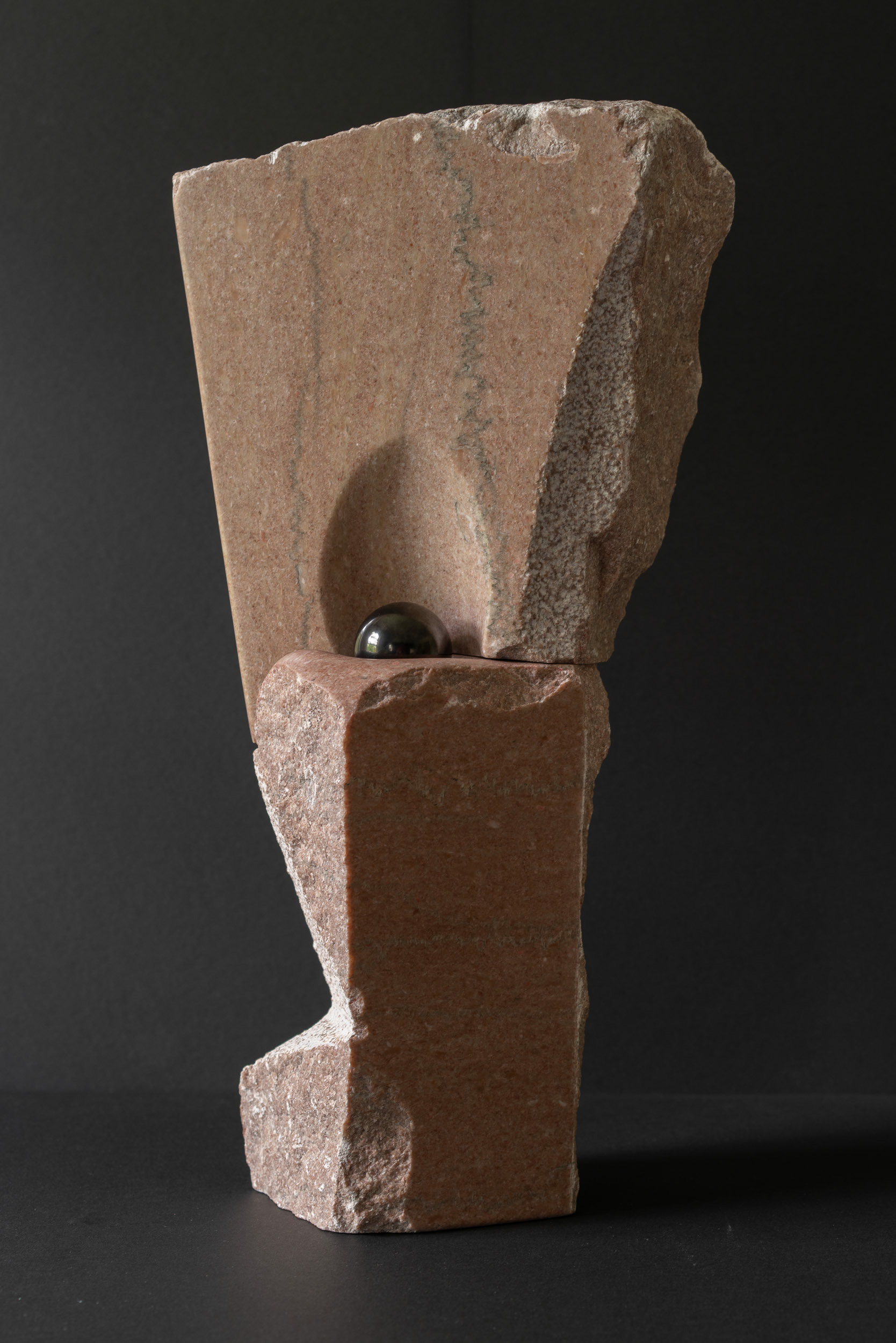 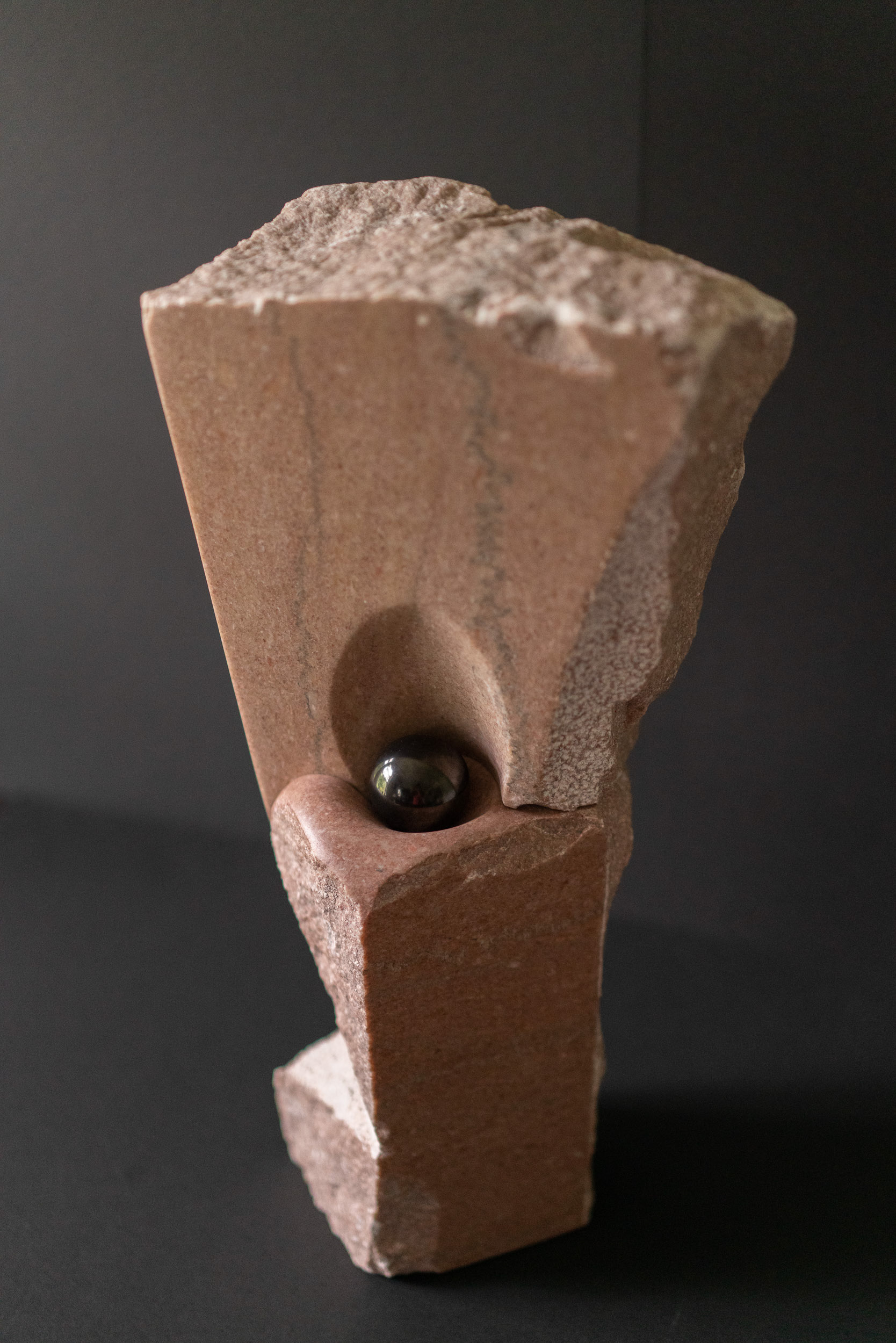 I am interested in this work
↑Back to Top